31 shares
This gluten free sausage cornbread stuffing is a spin on a holiday classic that pairs well with so many dishes, from turkey to ham! It's also dairy free, too!
Jump to Recipe Print Recipe 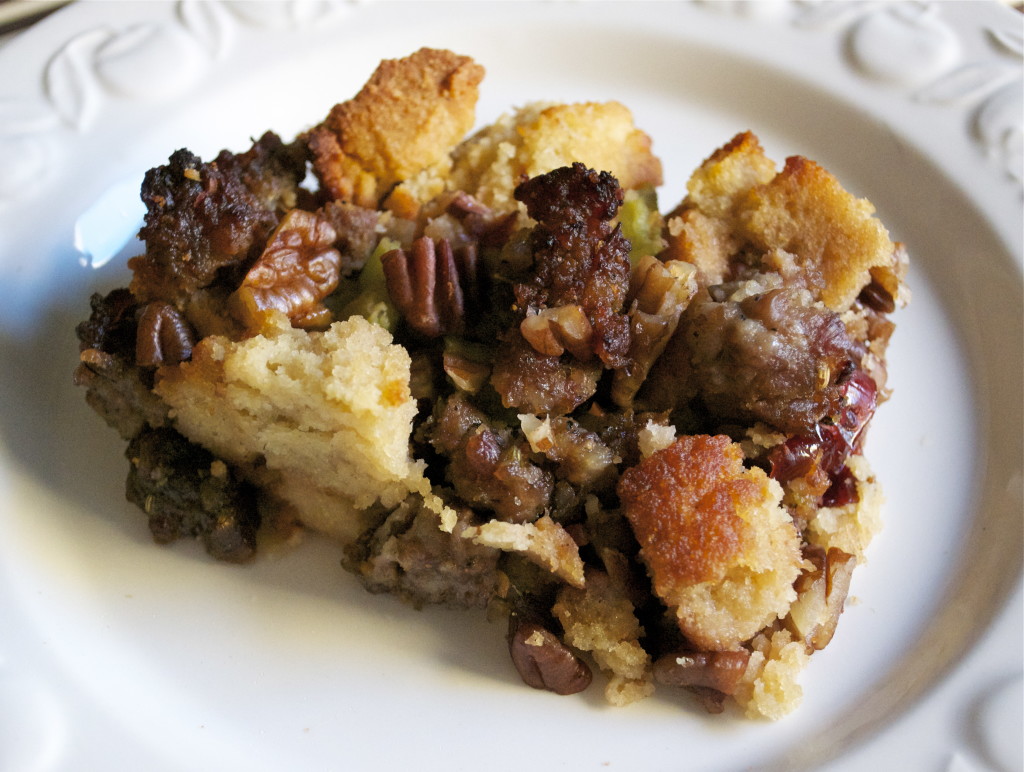 It’s my second year of Thanksgiving sans gluten. Luckily my mom is a saint and has me covered. She purchased two (Yes! TWO!) turkeys so that one will not be stuffed with stuffing. Because if the turkey is touching stuffing made with normal bread, I can’t eat it. Cross contamination is a bad, bad thing. Luckily, My parents have multiple ovens, so we have the ability to make one a gluten oven and one a gluten-free oven for Thanksgiving purposes. Pure amazingness. I’m getting side tracked talking about the beauty of having two ovens. Anyways.. back to stuffing.

Yes, stuffing is one of my favorite parts of Thanksgiving so in order to not miss out on it, I created this amazing recipe. It uses my recipe for masa harina cornbread, but you can use any recipe for cornbread that you would like. If you’re looking for gluten-free cornbread to purchase, Whole Foods has a really good one in the freezer bins near the bakery section. You would probably need to get two of those packages for this recipe. I made this stuffing as a practice run for Thanksgiving and it turned into a mini gluten-free thanksgiving with my boyfriend. We made some mashed potatoes and roasted chicken thighs to complete our meal. It was seriously one of the best meals I’ve had in awhile. The stuffing is so delicious and full of flavor. The fennel and spices from the italian sausage are great and make it so easy since you really don’t need to add any other spices to this recipe. This stuffing is a great alternative to the normal white bread stuffing, even if you aren’t on a gluten-free diet! 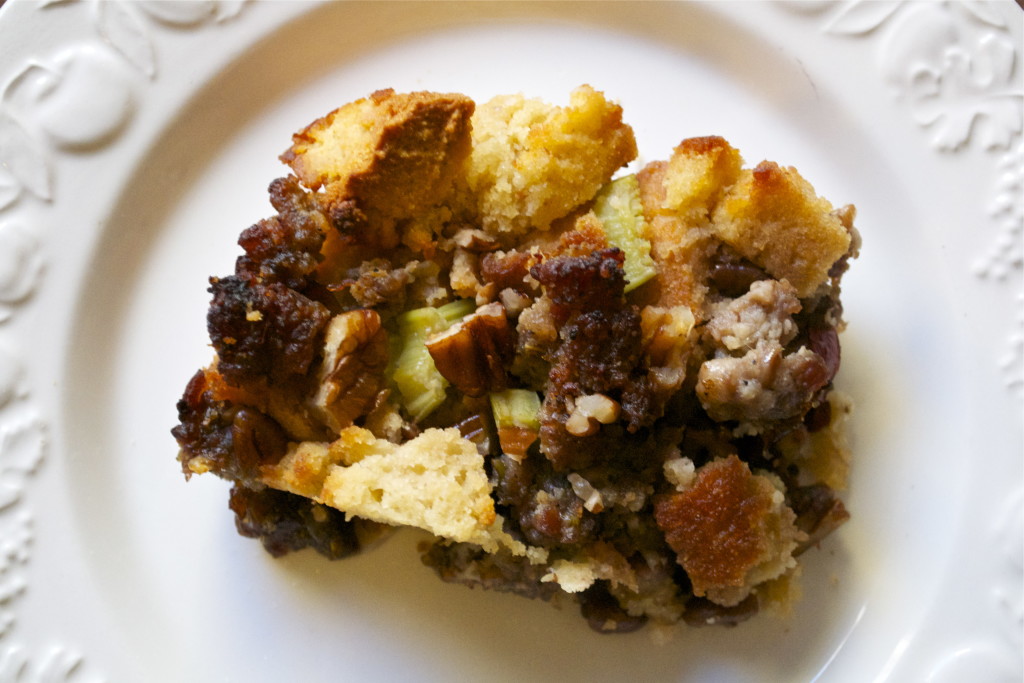 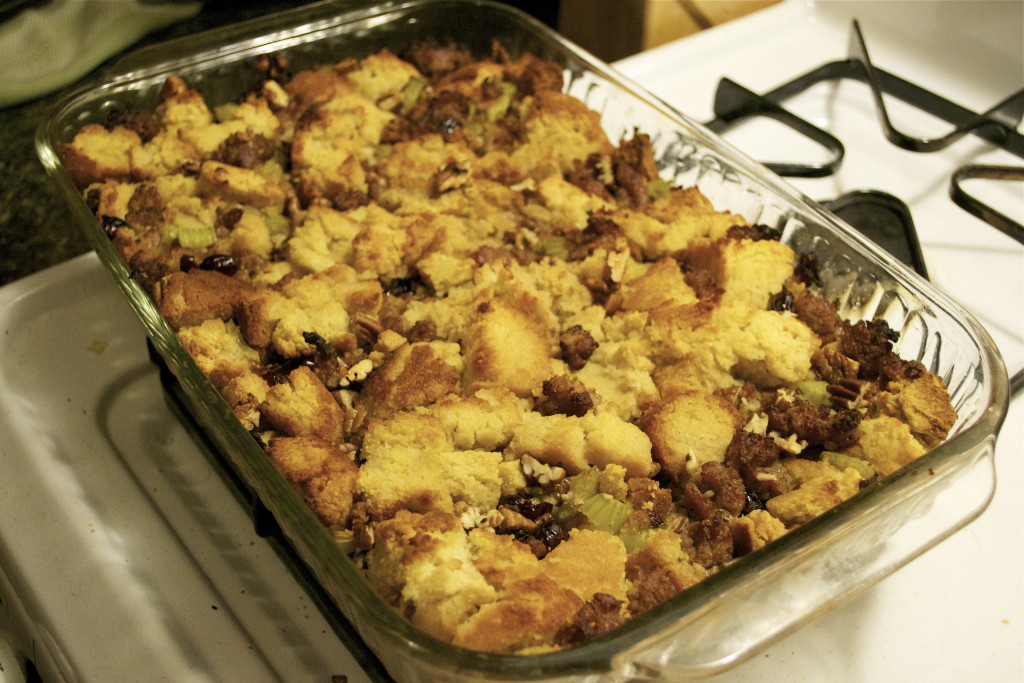