Happy Thanksgivukkah everybody! Yes, that’s right. Due to an overlap in the Jewish and Gregorian calendars, today marks the convergence of the American holiday of Thanksgiving and the first day of Hanukkah. According to Wikipedia (obviously a very reputable source for this sort of thing), this is the first time that Thanksgiving and Hanukkah have occurred at the same time since 1888. The next time the aptly named Thanksgivukkah holiday will take place is not for another 78,000 years, so this is really a once in a lifetime opportunity for us to celebrate. Some people are finding amazingly awesome ways to celebrate the joint holiday with the menurkey (a turkey shaped menora), turkey dreidels, challah stuffed turkey, pumpkin kugel, latke crusted turkey… and the list goes on. While I don’t actually celebrate Hanukkah, I decided to take part in this holiday because why not? I went with a sweet potato latke with cranberry sauce for a play on a traditional Jewish meal using flavors found in a Thanksgiving meal. The only trick was to also make it gluten free. With a little experimentation, I think I came up with a pretty tasty treat. They’re sweet yet salty, and that crunch on the outside is so delicious. And the cranberry sauce.. oh the cranberry sauce is so so good. It’s I know they don’t look pretty, but they’re still mighty good! 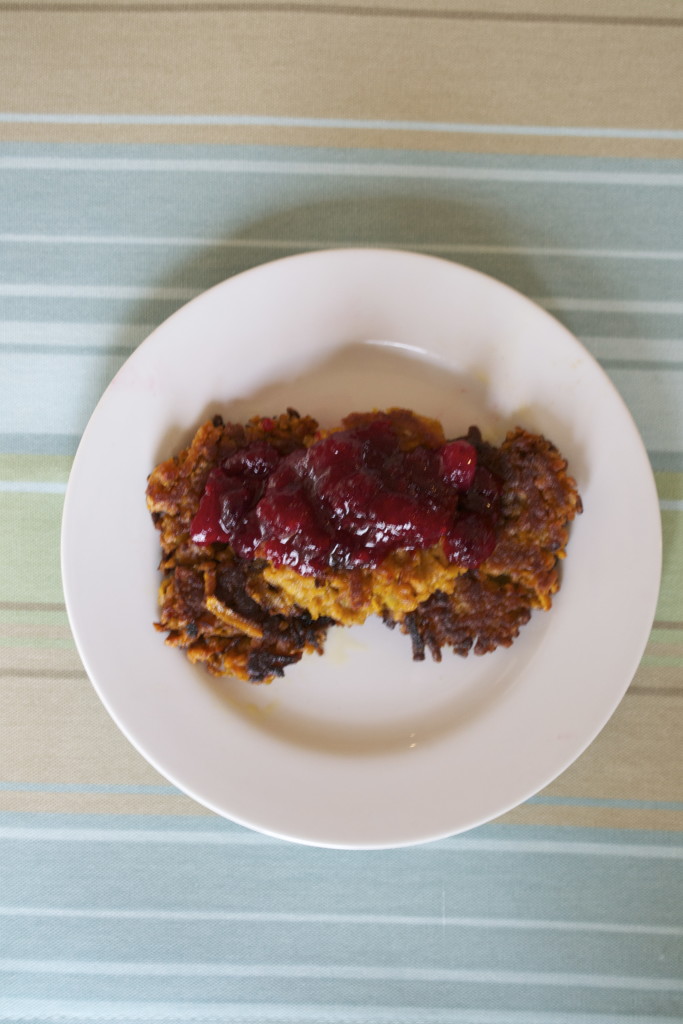 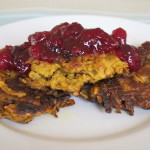 For the cranberry sauce:

For the Cranberry Sauce:

Hi there! I'm Megan: a gluten-free food blogger from Chicago and lover of all things food. I create quick and easy gluten-free recipes that the whole family will love! Read More…

Megan is a food blogger specializing in gluten-free and other allergy friendly recipes. Read More…