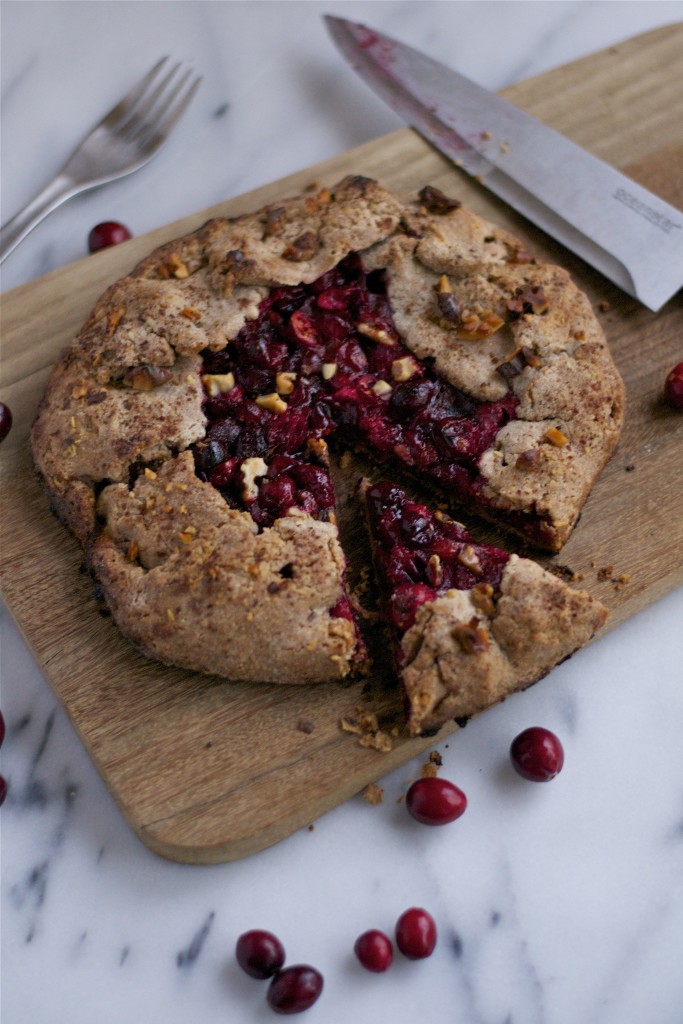 I tend to get a little cranberry obsessed this time of year. I tell you, there is nothing like a fresh cranberry. Don’t get me wrong, dried cranberries are good too.. but fresh is where it’s at! I like to use cranberries in interesting and unexpected ways beyond the typical cranberry sauce around the holidays. My cranberry jalapeño salsa was definitely unusual and quite delicious, too! So I thought I’d keep the cranberry train chugging along with a cranberry rosemary galette. Choo Choo! 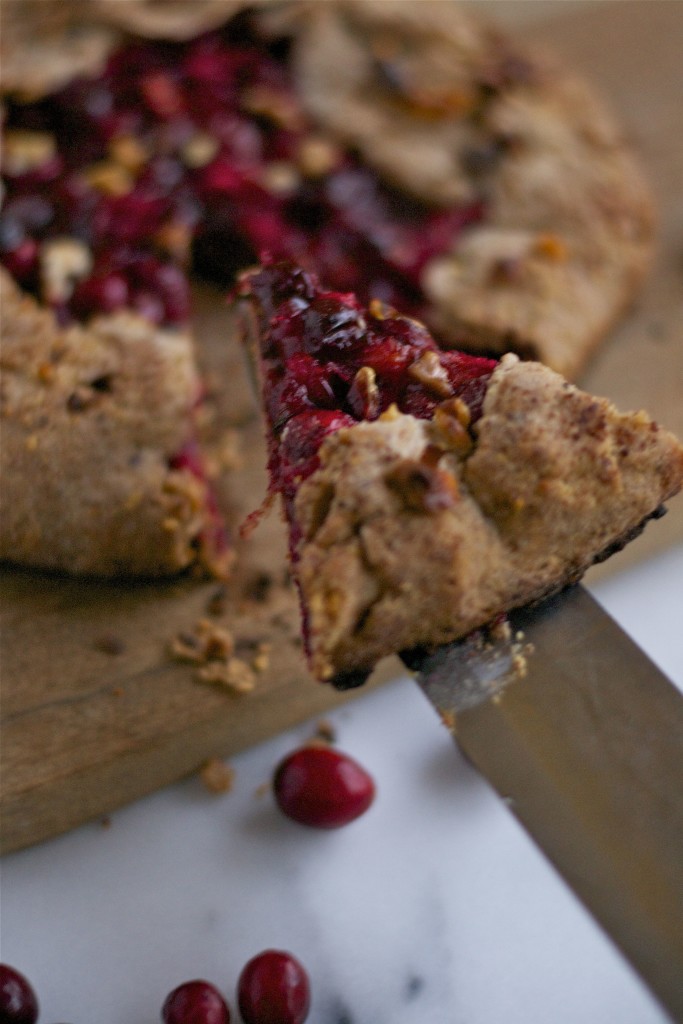 If you don’t remember from my rustic italian plum galette post, a galette is basically a rustic pie that is folded around a fruit filling. We just like to be fancy and call it a galette. This cranberry rosemary galette borders on a savory pie rather than a sweet one. The cranberries are lightly sweetened with pure maple syrup, though you can still taste a little of the bitterness. Just the way I like it! If you’re more of a sweet fan, feel free to up the maple syru a bit. The fresh rosemary also gives it a nice savory, earthy flavor that I think pairs really well with the cranberries. 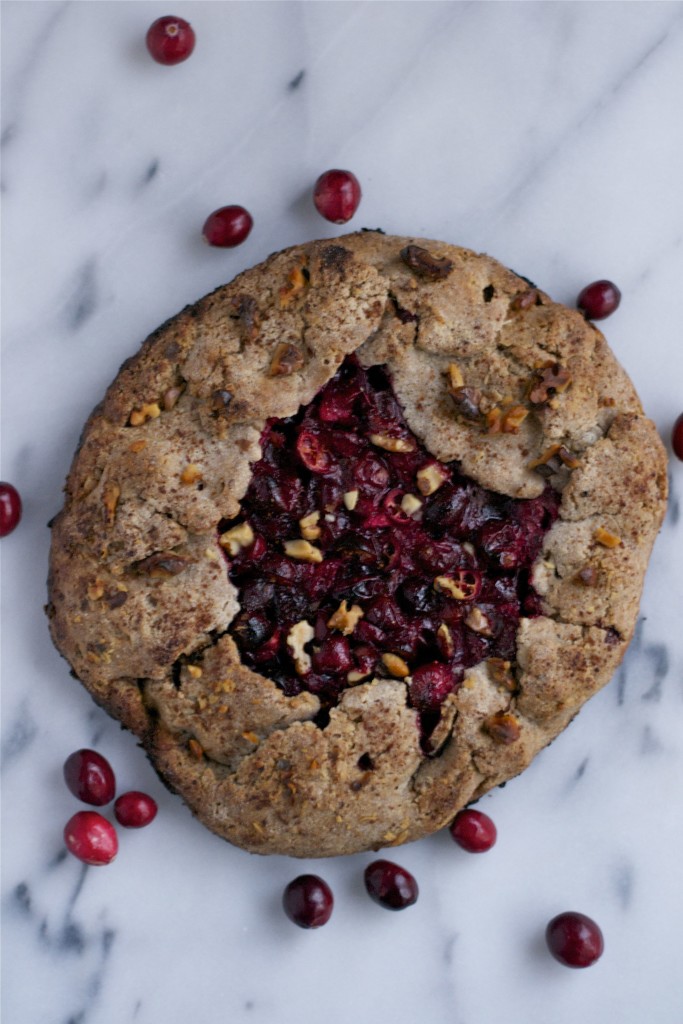 I decided to tweak my crust recipe a little bit this time and substituted vegan butter with cold coconut oil to see how it would hold up. I can now tell you that the results were fabulous! I love the little crunch that the coconut oil gives the crust. If you want a more buttery, soft and fluffy crunch go with butter or vegan butter. If you like a bit of crisp in each bite, try the coconut oil! I think you’ll be pleasantly surprised!

This cranberry rosemary galette will be a hit at parties, and is great slightly warm with a scoop of ice cream (vegan for me!) right on top. Mmmm.. now if you don’t mind I’m heading back to the kitchen for another bite! Happy Thanksgiving everyone! 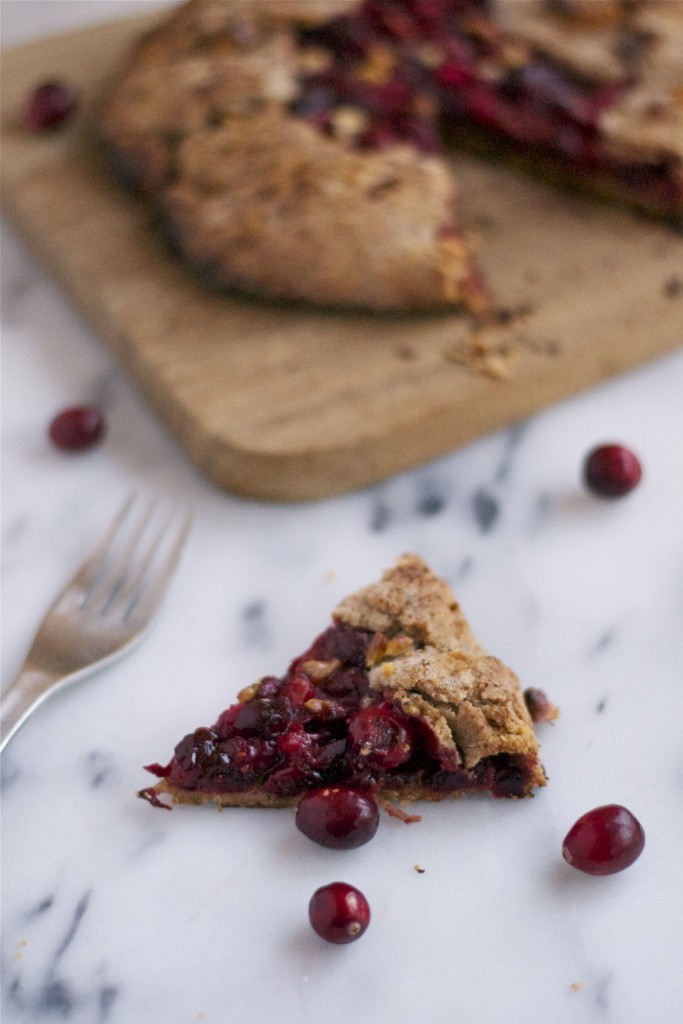 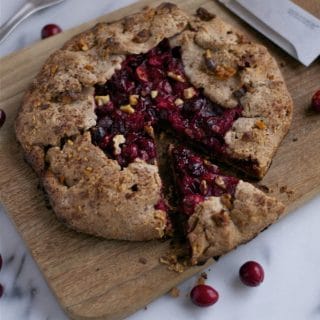 For the coconut oil, when it's at room temperature (not liquid, but a soft solid) I measure out 1/2 cup and then from there I dollop the coconut oil onto a parchment lined baking sheet so that I have chunks of coconut oil and then freeze it until its hard. That's what I put in when the recipe calls for cold coconut oil. You can also use vegan butter or regular butter in it's place.