27 shares
If you're looking for an easy breakfast idea, try out this bacon veggie hash skillet. It's naturally gluten free and dairy free.
Jump to Recipe Print Recipe 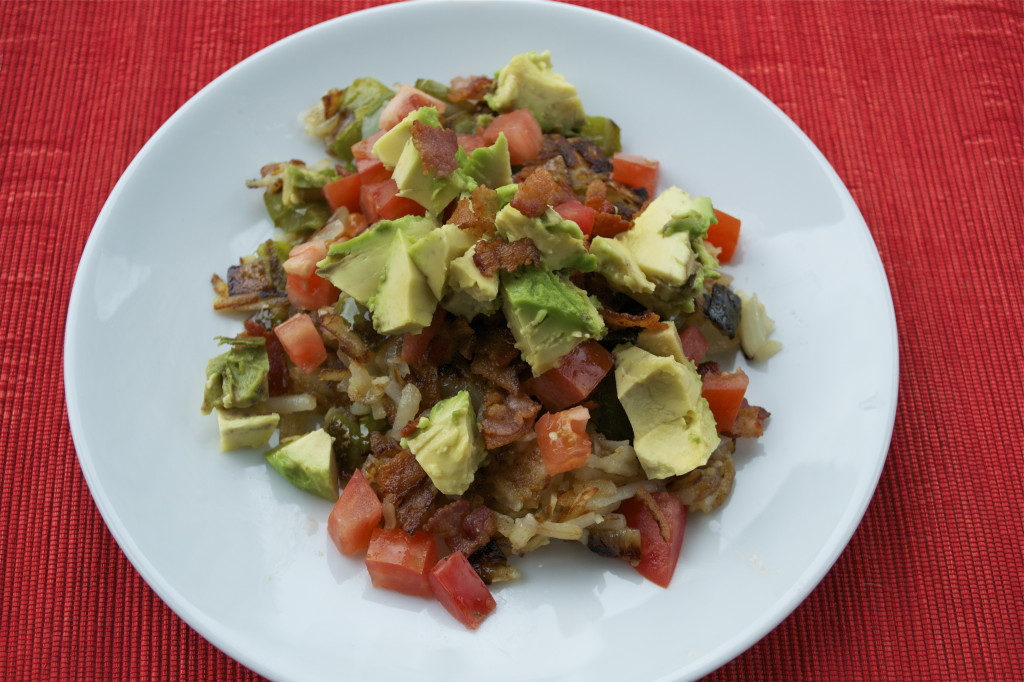 Happy New Year everyone! It’s right about now that everyone flocks back to the gym and eat healthier in hopes to start their New Years’ resolutions off on the right foot, and here I am, eating bacon.

In all seriousness, I eat ridiculously healthy now that I have an absurd amount of food intolerances, but bacon is my jam, my clutch, and my rock (I’m serious when it comes to bacon). I can’t live without it.

This recipe isn’t super great for you since I have a penchant for cooking everything in bacon grease, but it’s also not horrible for you either. It could be slathered in cheese, then we’d have issues right?

Actually, if you can eat cheese, you should add it to this, it’d be amazing. Same with eggs, if I could eat eggs there would definitely be some on there. But I digress. This hash is so delicious!

Just when I thought that I would never find food that I could love again (and eat), I found this! I do try to restrict the amount of starches I consume since they turn into sugar in the body (or so I was told by my nutritionist), but I can splurge every once awhile on some potatoes.

Because potatoes make the world go ’round. Or actually, that’s probably bacon.

I’m Megan: a gluten-free food blogger from Chicago. I take the stress out of gluten-free cooking and baking by providing easy to follow instructions that make sharing gluten-free meals simple and delicious.